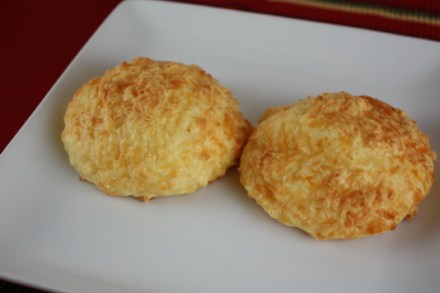 Some days I love gluten free baking and other days I want to cry and never do it again. Just keeping it real for you all. 🙂

I have had two major disasters in the last week on tried and true gluten free favorites.

We were having pasta one night for dinner and I wanted a quick something else to go with it, so I decided to make my Brazilian cheese buns. I have made this recipe more times than I can count over the last couple of years and we always love them.

Last week however I ended up with this. 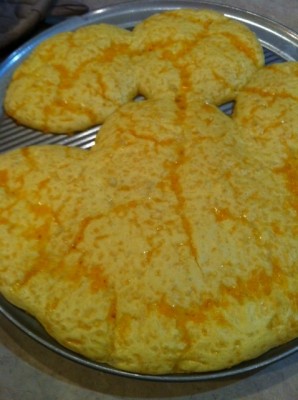 Have you ever had Brazilian cheese flat bread?!

Well, don’t worry if you have not had it, you are not missing out on much. We ate it, but really only because I did not want to throw it out.

What went wrong with my tried and true favorite?

The only thing I can figure out is that I recently switched brands of tapioca flour. That is the only thing in the recipe that I did different, so I am thinking it is most likely the cause.

Now for my light and fluffy gluten free rolls. 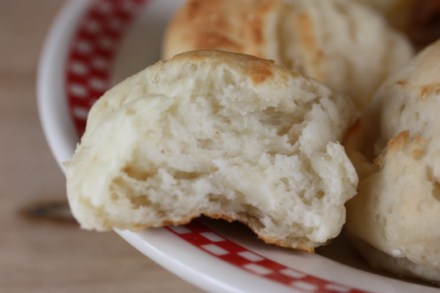 In the comments on that recipe quite a few of you mentioned that the rolls tasted great, but were dense and not light and fluffy at all when you made them. I felt bad that you all were having issues, but I could not figure out what was going on with the recipe. I had no idea what they were doing for you all until it happened to me.

Now, I am still not sure I know exactly what is going on with these rolls, but I really went over the recipe and what may have caused them to not turn out for me and I have three thoughts on it.

The day they did not turn out well was cold and windy and my house was not as warm as it had been the previous times I had made them. So, rising time and temperature could be part of the issue.

But I think the bigger issue has to do with the ingredients.

So, now I need to experiment some more and see if I can figure out which ingredient, or if both ingredients, messed with the recipe. I am adding a note to the roll recipe with a link to this post, so that readers will now know my thoughts on it. I debated on pulling the recipe altogether, but I know it has turned out for me and for some of you. And the taste is great, so I will just update it for now. And I will keep experiment and let you all know if or what brands work or don’t work.

I have been doing a lot of baking and my cakes, cookies, and muffins have all been turning out fine with these two ingredients that seem to have messed up these two recipes, so I am thinking gluten free breads are just harder in general to deal with. I already knew this, this past week has just been a reminder of that fact.

This brings me back to the sometimes I want to cry and never do it again part of gluten free baking.

Before I went gluten free I loved Bob’s Red Mill flours and King Arthur Flour. They were my favorite flours to use in baking and I could tell a difference in some recipes when I used them over just an off brand of flour, but I never had it totally ruin a recipe. I never noticed as big of a difference in brands like I am noticing in gluten free baking.

The frustrating part for me, and I am guessing for most of you, is the cost of gluten free flours and ingredients. It is expensive to have disasters. And I don’t know about you, but I don’t have the time to figure out what brand of what works better in what recipe.

Now I would love to hear your thoughts on this subject. Have you noticed a big difference in brands when it comes to gluten free flours and ingredients? Do you think it makes a difference?