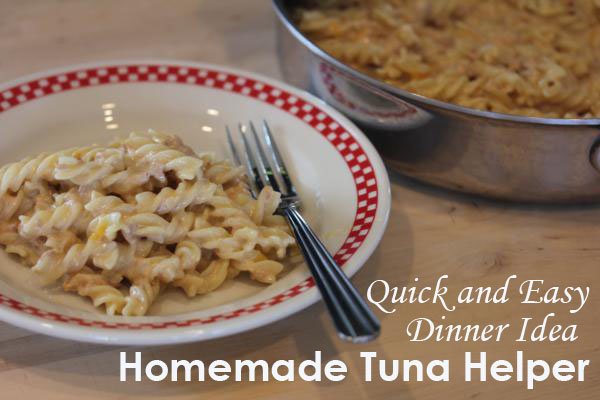 When I made this a few week’s ago, my family loved it. I had planned on there being enough for my husband’s lunch the next day, but no, my kids had scraped the pan clean. That is how much all three of my kid’s enjoyed this.

The homemade tuna helper took me awhile to get just right. Or at least how my family enjoyed it. Now, I will say that it has been years since I had any versions of the boxed tuna helper, so I am not sure the taste on this is exactly the same, but it is close. 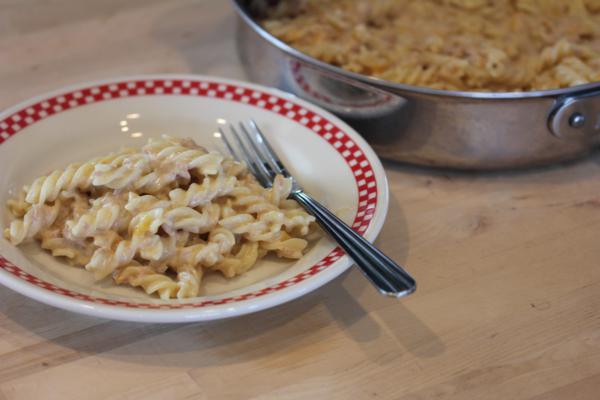 In fact, I think it is better not just in taste, but in ingredients. I controlled what went into it and that always makes me feel better about a meal.

If you have never made a homemade version of hamburger or tuna helper I encourage you to give it a try. You may never go back to the box again. Homemade versions are so easy and so good!

And I am having a lot of fun coming up with new “helper” style meals so look for more homemade helper recipes coming up over the next few months.

What homemade helper versions do you want to see? 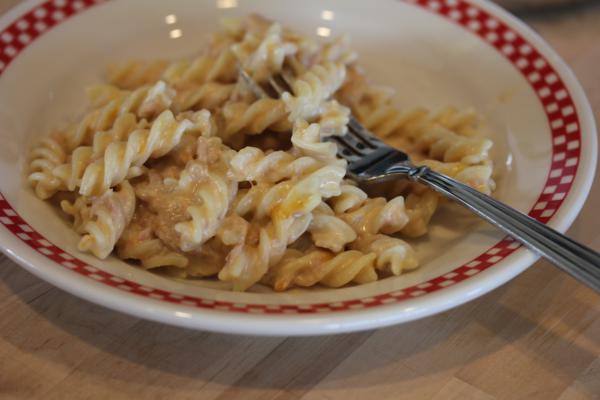 Note: Some in my family don’t like peas, so I cook them on the side and those that like them just stir them in.
Previous Post: « Gluten Free Chocolate Waffles
Next Post: Menu Plan {May 5th-11th} »