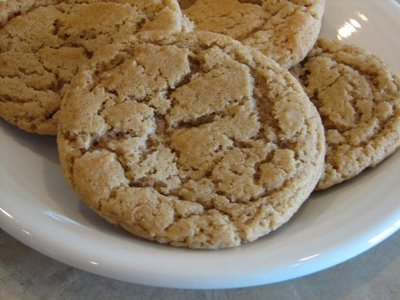 These are really good and my son loves them. They work for me because they are healthier than most snickerdoodles.

Bake 8 to 10 minutes, or until set but not overcooked. Remove from baking sheets. Enjoy!