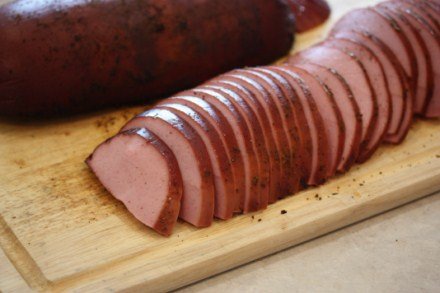 If you live in Oklahoma, you probably know all about barbecue bologna, also known as Oklahoma Prime Rib.

If you are not from Oklahoma, you might think I am a bit crazy for posting a recipe involving bologna. But my husband has been trying to get me to post about barbecue bologna for quite a while now and I finally decided it was time to share this Oklahoma specialty with all of you.

After all we would not want to keep the secret of barbecue bologna all to ourselves here in Oklahoma.

Now, really some of you may think I am joking about barbecue bologna, but I am not. It truly is served and loved by many people here in Oklahoma. Almost every barbecue restaurant that you eat at will have it on the menu.

Well, let’s just say that barbecue bologna is not something on many menus, or dinner tables, in Oregon. The only way I had ever had or seen bologna was the kind that you buy sliced in the package at the store. The kind you eat on a regular old sandwich. But I quickly learned that in Oklahoma they take their bologna seriously.

Now you will meet a few Okies that do not like this specialty, but most enjoy it. Last month we served this at a church picnic and I could not believe how popular it was. My husband thought that there would be plenty of meat with just barbecue pork and barbecue bologna, but I insisted we also do chicken because I was not sure many people would eat the bologna.

Well, was I wrong. I think more people ate bologna than anything else. Okay almost everyone loved it.

Now here is where I admit, that although my family loves barbecue bologna, I am not a huge fan of it. I have told my husband many times that bologna is bologna no matter how you serve it. But since the rest of my family, and most of our friends and family enjoy it, I do fix barbecue bologna a few times a year.

Now, after all that are you curious how it is done. It is actually really easy. 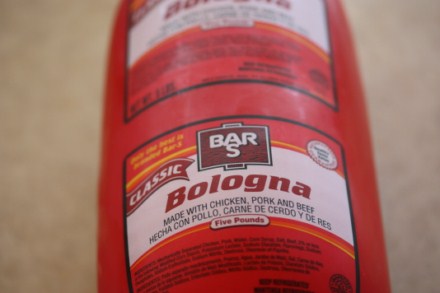 See, I told you we take our bologna seriously in Oklahoma. Right next to the rest of the lunch meats, and small packages of bologna, you can find a 5 lb round chunk of bologna. 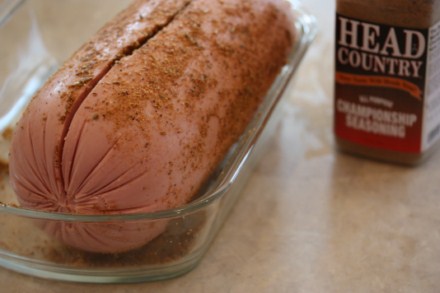 Place the bologna on a smoker. I use my Weber smoker, but you can easily do this on any smoker type barbecue. Smoke for about 3 hours. We keep the smoker at about 225 degrees. And we have used various woods for the smoked flavor in this. So, just use your favorite. 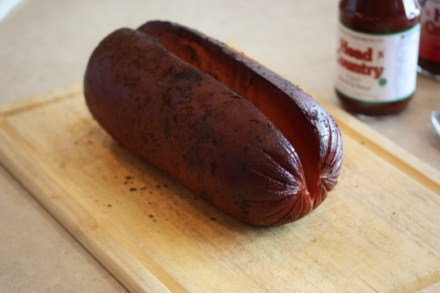 After 3 hours, the bologna will be nice and browned and have a smoked flavor. Remove the bologna from the grill and slice.

Serve with barbecue sauce and enjoy! 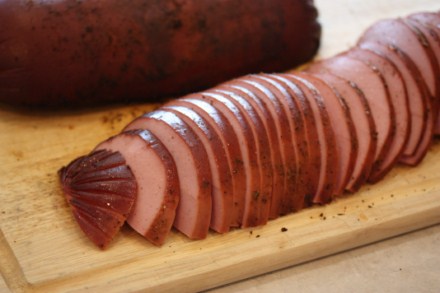 Most people eat this sliced served with sauce or served as a sandwich. We like to use Head Country because it is our favorite barbecue sauce and it is a local Oklahoma company.

Now, do you all think I am crazy? Or have you had barbecue bologna?