A simple and delicious taco soup without the beans. This soup contains basic pantry ingredients and is just as good as the regular version of taco soup. 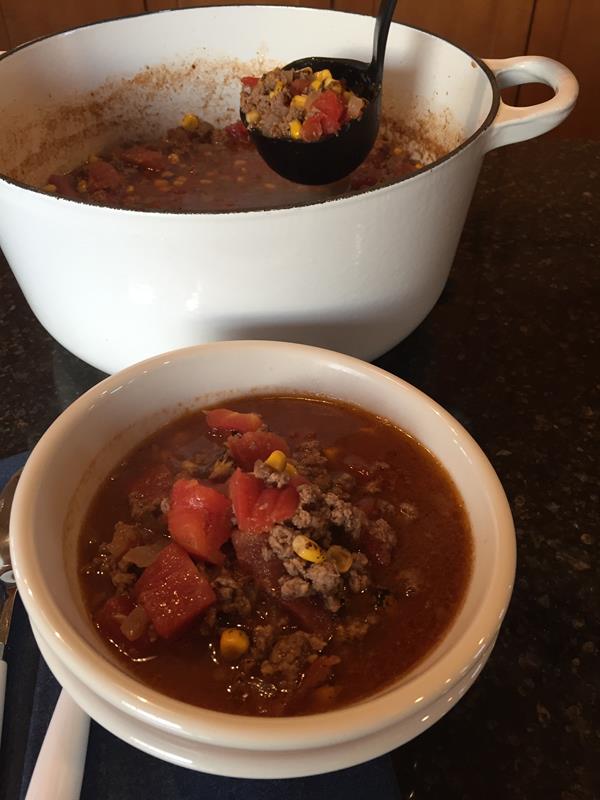 Sickness hit our house a few weeks ago. Thankfully it was not the flu, but it was a nasty cold that would not go away.

Almost two weeks later and some in our house are still not 100% better. I ended up with a sinus infection and finally gave in and got some antibiotics Saturday. Up until now we have had a pretty healthy winter, so I cannot really complain. So many people have had it much worse. I think we are all ready for spring!

When we have a house full of sick people, soup is a must. But when I am one of the ones sick it has to be one I can put together quickly with ingredients I have on hand.

One day when I was sick I just dumped a bunch of ingredients in the slow cooked and hoped it turned out good. It did. Although I was too sick to take time to get pictures of that meal. 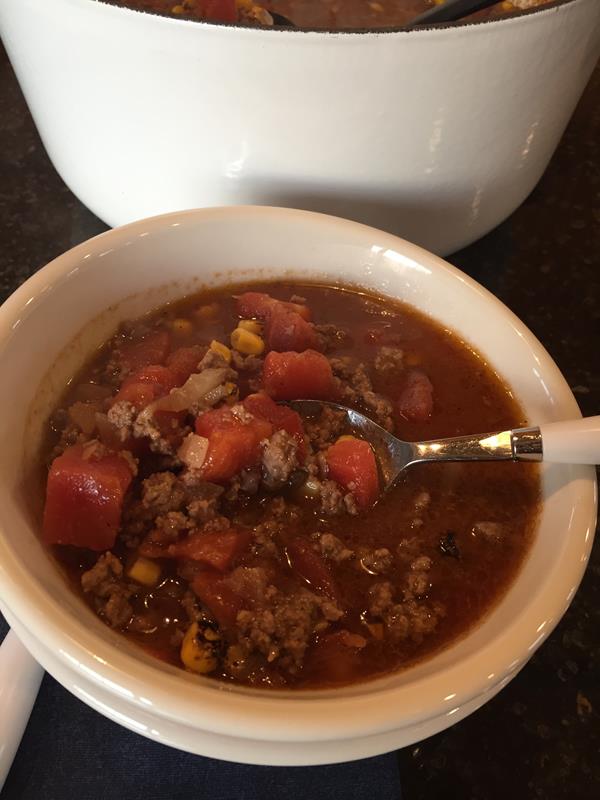 Another day I made the simple stove top taco soup that I am sharing today. This is a meaty, hearty, no bean soup. You could easily add beans to it, but I liked it without beans because it was a little different than your normal taco soup.

This was basically a dump a bunch of stuff in a pan and 30 minutes later we had dinner, type of meal. You could easily do this in a slow cooker though if you wanted it to cook ahead of time.

I used roasted frozen corn when I made this because that is what we had and it gave it a nice flavor, but regular frozen corn would work just as well. 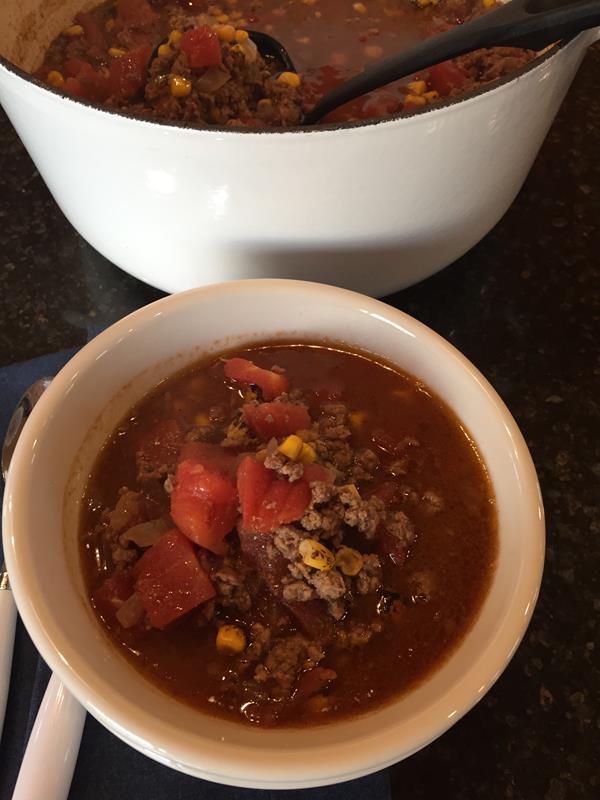 A quick and easy soup.