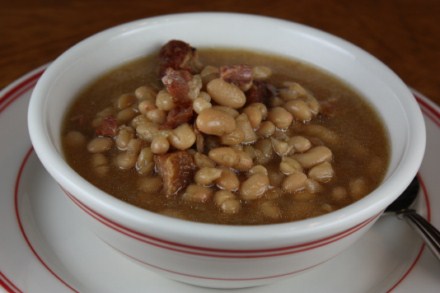 I have never really been a fan of canned soup though. Even as a kid I did not really enjoy it. Yes I would eat it, but I never really liked it.

I have always preferred homemade soup and bean with bacon soup is no exception. The homemade version so much better than the canned version. It is so easy and inexpensive to make, and tastes so much better.

And big bowl of this is perfect for a cold day.