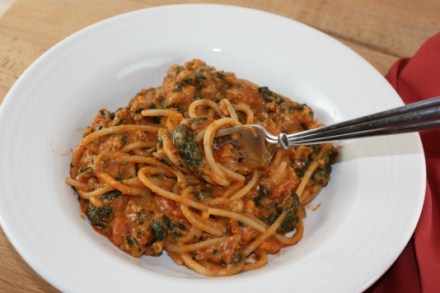 I have recently read a lot about Spaghetti A La Philly on several other food sites. It is basically spaghetti that has been doctored up by using cream cheese.

I liked the basic idea because it was a quick and easy recipe, but I thought it needed a little more to it.

I thought I could make it just a little different, and something more like my family would enjoy by adding spinach to it. I also thought sausage would be good in place of the ground beef. 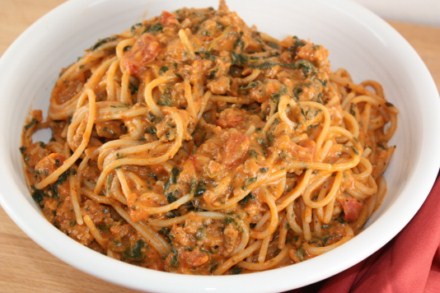 Cook spaghetti as directed on package.

While spaghetti noodles are cooking, brown meat in large skillet. Stir in sauce and cook on low heat 3 to 5 minutes, add cream cheese and spinach and stir until cream cheese is melted and until blended through.

Drain spaghetti and add to sauce. Mix together and serve.