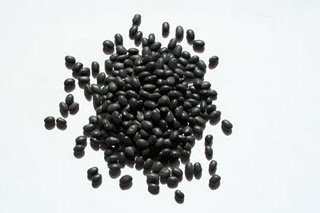 I have always used canned beans. I think mainly for the convenience of them. It is so much easier to open a can then it is to soak beans overnight and then cook them for several hours. Plus, even canned beans are not the expensive.

If you have been reading my blog for a while you know that I am trying to reduce the amount of packaged and processed items that we eat. I know that beans are not nearly as processed as most food we eat, but I realized this was an area I could avoid processed foods. Plus, canned beans usually contain a lot of salt. So, I thought avoiding them would be a good idea.

So, I have been cooking up a lot of dried beans. We eat mainly red and black beans, so that is what I have been cooking. I soak two pounds of beans overnight. Then in the morning I put them in the crock pot and cover with water. I cook them for six to eight hours or until they are done. I drain them, let them cool, and place them in containers or Ziploc bags to freeze. I freeze them in both two and four cup packages. Most cans of beans equal about 1 1/2 to 2 cups, so those amounts work for most of my recipes. Plus, when you are cooking with beans you do not have to be exact.

Yes, this takes more work then opening a can. I have to think ahead, not only to cook the beans, but to defrost them when I need them. What I have discovered though is how much cheaper dried beans are. You can buy a pound of beans for about the same price as one can. It really does save money.

So, not only are they healthier, they are cheaper, and I think dried beans taste better. For more frugal ideas see Biblicalwomanhood.

« New Use For An Old Piece Of Furniture
Pumpkin Bread »