I was in a baking mood the other day and my kids have been requesting that I make cinnamon rolls. So, I made a big batch of them. Cinnamon rolls take time to make and I don’t often have the time it takes to make them. So, when I make them, I bake a big batch and freeze most of them.

I have found that freezing just a few together, instead of a whole bunch works better. I also find that foil works better than freezing them in a pan or with plastic wrap.

Here is what I do. 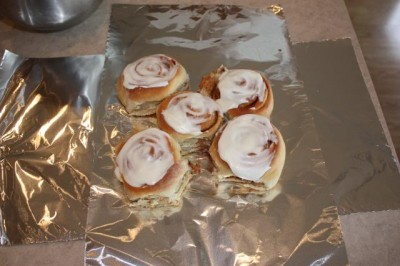 I lay two pieces of foil out and place my cinnamon rolls on it like this. 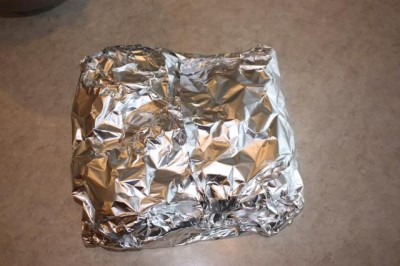 Then I fold up the foil to cover the rolls. 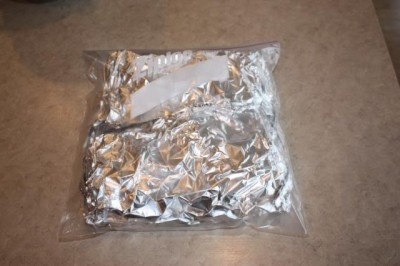 I then place the foil package in a ziploc type bag. I label and date them and I freeze them until we are ready to defrost and eat them.

How do you freeze your cinnamon rolls?