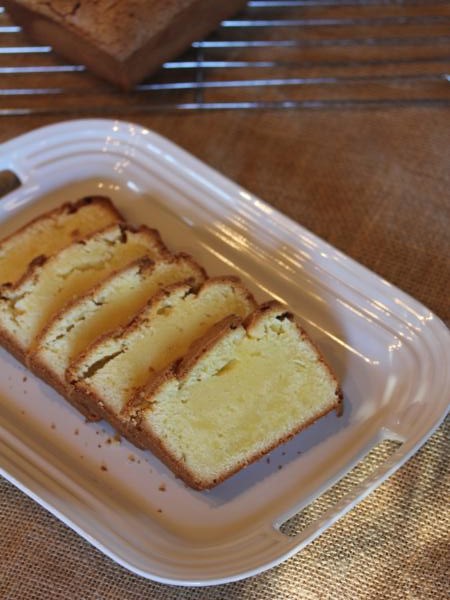 Last week for my gluten free cakes series I shared a gluten free disaster. This week’s recipe is not so much a disaster, but I really would not call it a success either.

Which is why I am not sharing the actual recipe. I would love to hear your thoughts and advice on this one though.

The recipe was for a cream cheese pound cake. I was sure this one would convert well to gluten free. I mean it has a massive amount of butter and cream cheese in it, so how could it turn out bad.

Well, it did taste good and really the texture was not bad, when it comes to looks it was a little off. Okay, so it was a lot off. 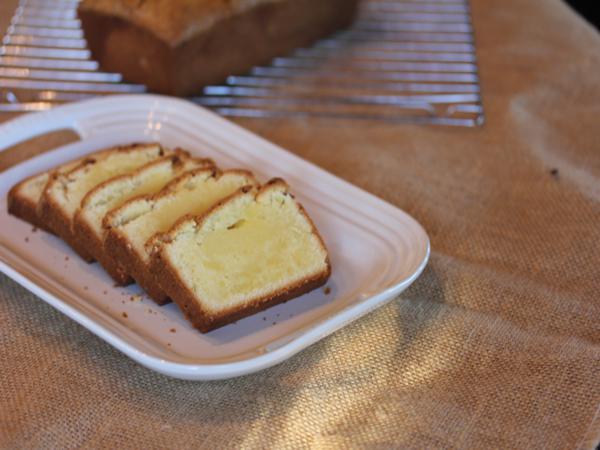 You can probably tell in that picture that it does not look right. It was like the fat from the butter and cream cheese did not mix into the gluten free batter right. But the taste and texture were not all that different throughout the bread, so I think it was mixed in well.

The part that is darker was a bit more oily, but not really overly. I am thinking it might have been too much fat for the gluten free flours though and they did not absorb the fat well, but I am really not sure. I have never had a gluten free recipe turn out quite like this one did.

I almost shared this recipe even though it was a little off, but I decided not to because I only want to share recipes I would make again, and this one is not one I would make again. I did not want anyone wasting their ingredients on this one.

I am curious though if you all have thoughts on what happened with this.

Have you had a gluten free recipe do this before? Do you think it has to do with the fat content or maybe the type of fat it was?

And don’t worry. Next week’s I will be sharing another success from this book. It is a really good recipe that involves carrots. It was delicious. So stay tuned for that next Wednesday.