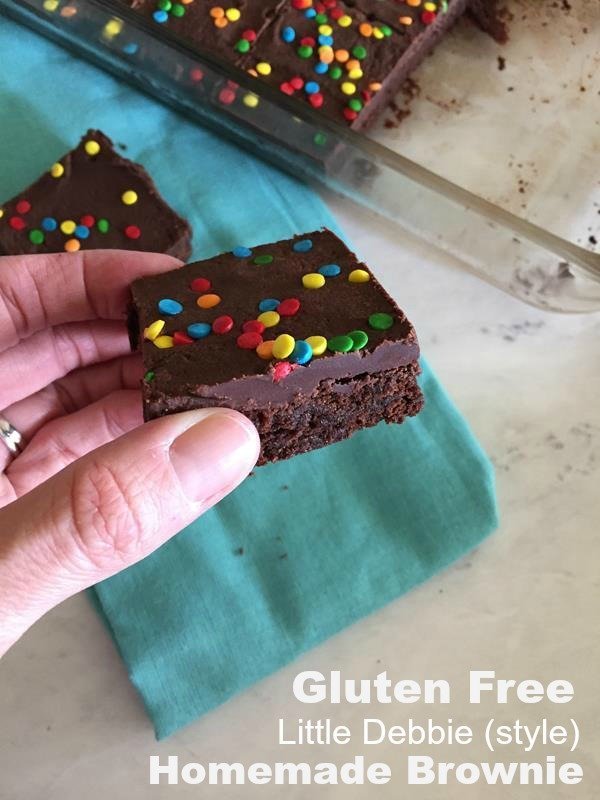 Do you miss Little Debbie snacks since going gluten free? These Gluten Free Little Debbie Brownies will satisfy your craving for those snacks you used to love.

I will totally admit that I was never a huge Little Debbie snack person. They were fine, but not something I craved. My son though LOVES them.

I don’t buy them a lot, but since my son is not gluten free, I will occasionally buy him a few boxes of Little Debbie snacks. 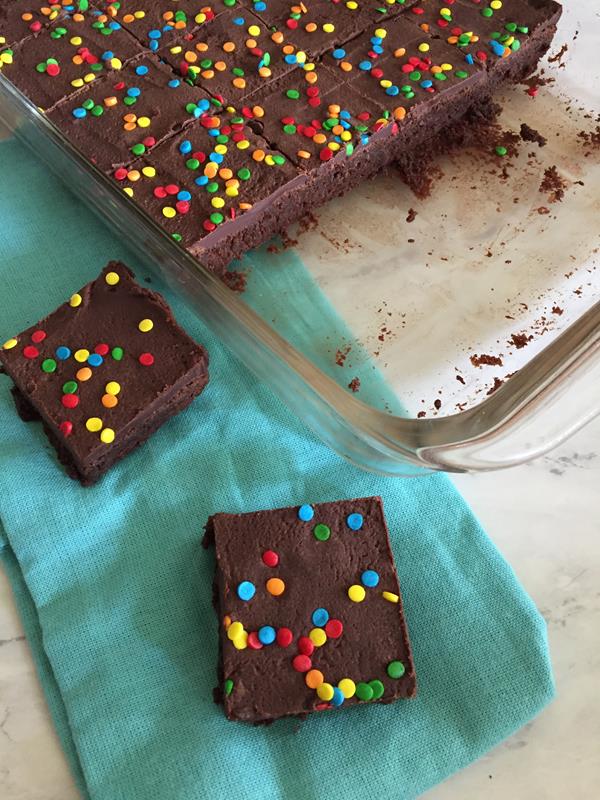 He was recently eating one of Little Debbie’s brownies and for some reason I wanted one. I really wanted one. Like I wanted one right then. But I couldn’t have one because they aren’t gluten free. I had to settle for something else.

However it did get me thinking about coming up with my own homemade version of Little Debbie Brownies.

I searched online, but didn’t find anything that was exactly what I was looking for. Some of the recipes looked good, but they didn’t look or sound like the real thing.

If I am going to put the work into a homemade version I want it to be as close to the real thing as I can get it.

So I set to work coming up with my own homemade gluten free Little Debbie brownie. 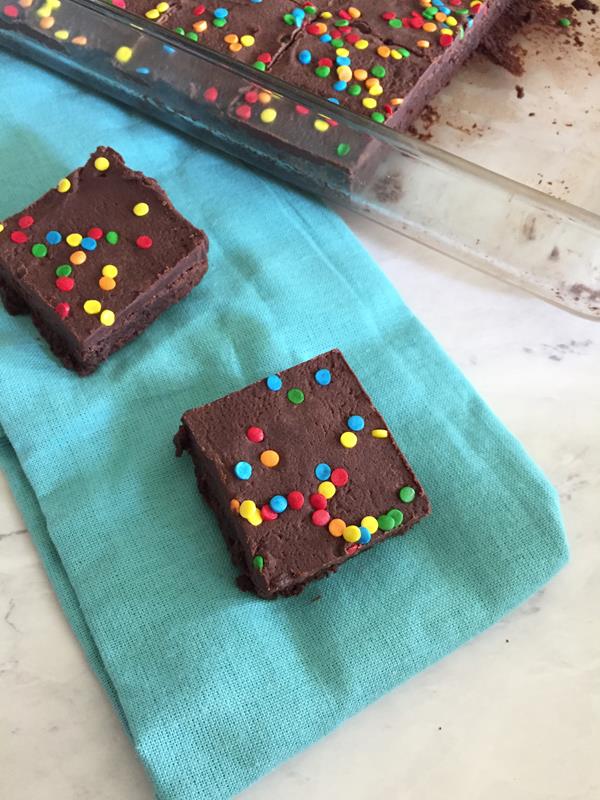 After some trial and error and lots of experimenting I came up with a gluten free version that we love. My son, who eats Little Debbie Snacks all the time, said they were very close to the real thing.

It has been years since I had a real one, so I can’t say for sure, but I think they might be a little better than the real thing.

If you or your kids have been missing Little Debbie brownies these are a must make. Seriously make a batch. They are so good.

I will say that the sprinkles are not necessary. I found them in the cake decorating section at the store, because I wanted them for pictures, but you don’t have to have them unless you really want them to look real. They don’t add much to the flavor.

You could also use a mini m&m type of candy, but those aren’t always gluten free.

My daughter has a nut allergy so we don’t do tree nuts, but if you can have walnuts I would sprinkle those on top for a homemade gluten free version of the Little Debbie brownies with nuts. 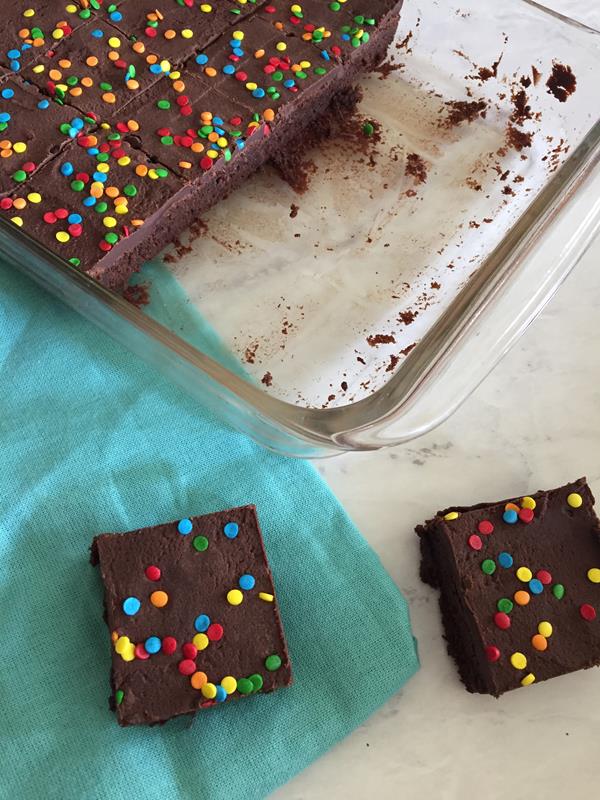 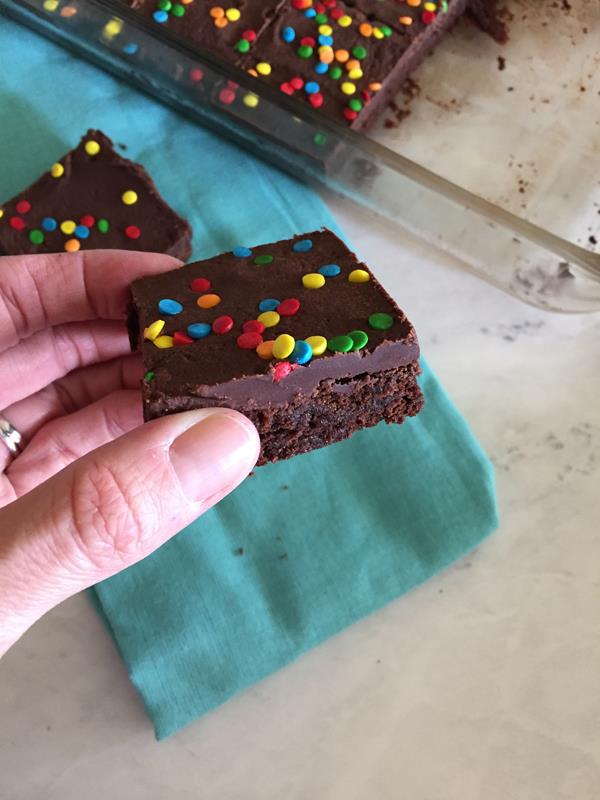