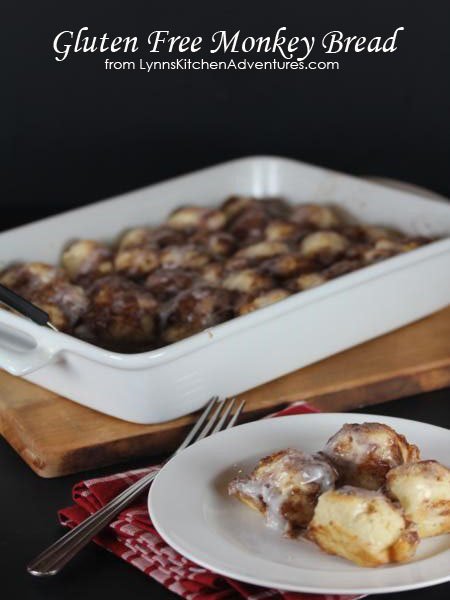 Cinnamon rolls are by far the food I miss the most since going gluten-free. Yes, I know you can make gluten-free cinnamon rolls, I have tried many times, but they are one of those things that are just not quite the same.

I used to make those gooey, huge, cinnabon style, homemade cinnamon rolls. They were delicious! My whole family loved them. The gluten-free version though is just not the same. 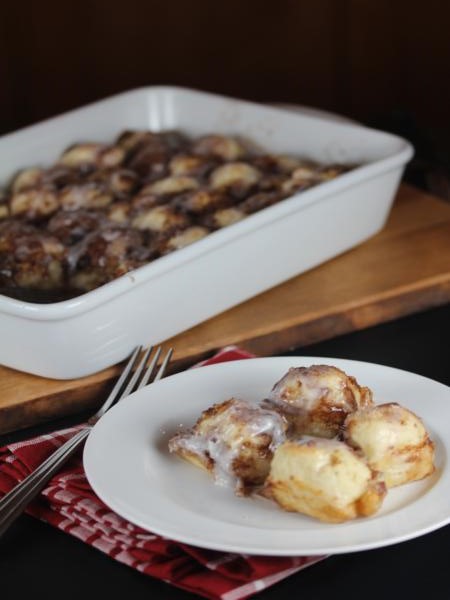 Because gluten-free bread lacks the gluten, that helps give cinnamon rolls that gooey delicious taste and texture, it is hard to get the exact same thing in a gluten-free version.

The other thing I have noticed about gluten-free dough is that it doesn’t absorb butter/fat as well. It just seems to run off of something like a cinnamon roll, so a cinnamon filling doesn’t work quite the same and your end result is not the same. 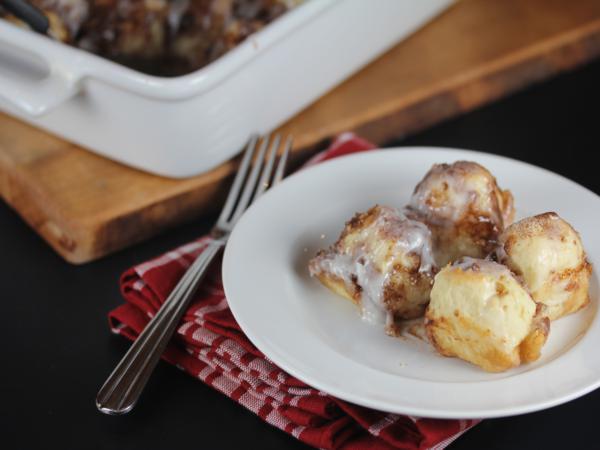 I have also noticed that the dough often seems dry. This probably has to do with the fats not working quite the same, so the middle of the cinnamon roll tends to dry out. A dry cinnamon roll is not a good thing.

I found a gluten-free dough that I really like and have been using a lot. I thought it had the potential for a cinnamon roll-type recipe, but I knew it would take some work. I talked to my sister about it and we discussed a few of the problems with gluten-free cinnamon rolls. 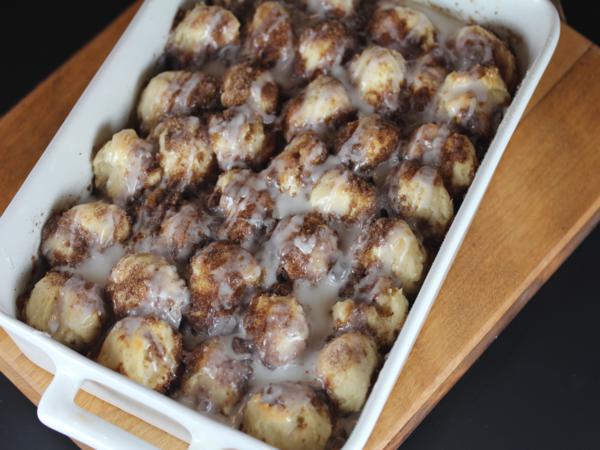 We talked about monkey bread and how it might work that way. I knew though that I did not want to roll the dough into butter like you do monkey bread, because the dough just doesn’t absorb that fat, they would not be the same.

My sister suggested a crumb topping, similar to what you would use on a coffee cake. I loved that idea and decided to give it a try. 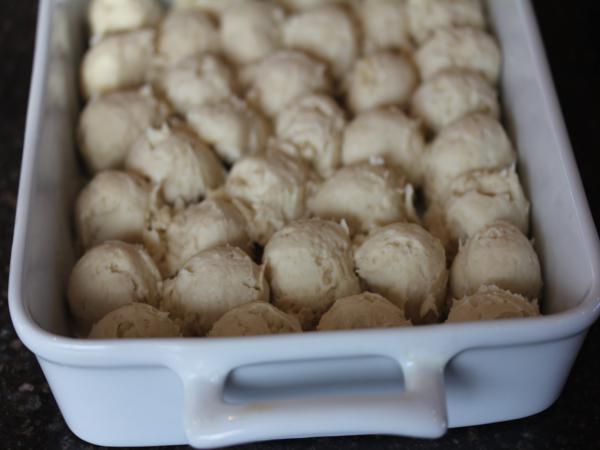 It worked! It really worked to make it like monkey bread when I tweaked the sugar butter part. I added a glaze-like you would put on a cinnamon roll and they were delicious! Seriously these were so good!

The butter from the topping dripped down between each ball of dough and gave it just the right amount of gooey texture without making it too much. The texture was perfect! 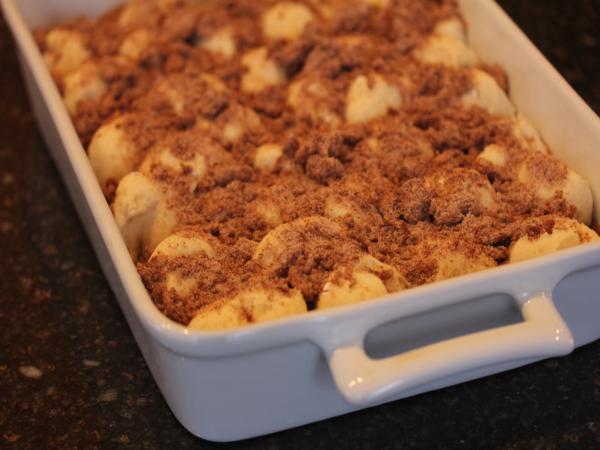 We managed to eat the whole pan in one day. And then two days later, I made them again so that I could photograph them to share with you all, we again ate the entire pan.

These satisfied my craving for cinnamon rolls. My husband, who eats gluten, said they were as close to the real thing as I have made. Even he loved them and said I could make them anytime I wanted.

If you having been missing cinnamon rolls since going gluten-free, give these a try. I think you will enjoy them! 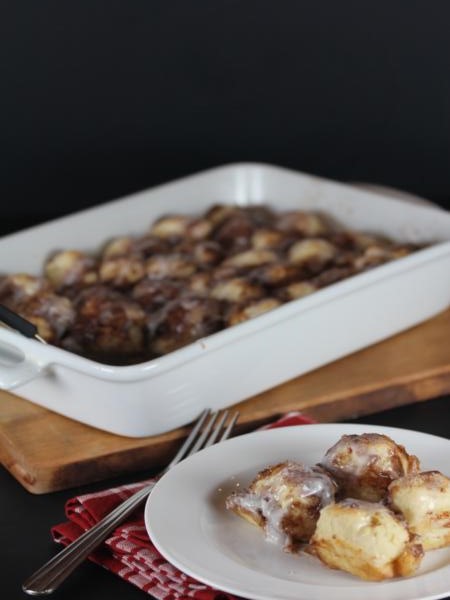 1
Amount Per Serving: Calories: 356Total Fat: 11gSaturated Fat: 3gTrans Fat: 0gUnsaturated Fat: 7gCholesterol: 26mgSodium: 226mgCarbohydrates: 60gFiber: 3gSugar: 22gProtein: 5g
« Homemade Orange and Raspberry Chocolates {Just Like Those from a Box}
Keeping It Real also Known As None of Us Have It All Together »