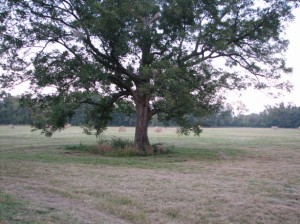 Many people with nut or peanut allergies have quite the stories to tell of their first reaction to nuts. Thankfully, my daughter’s story lacks that excitement. We caught my daughter’s allergy early and for that we are very thankful.

One morning, in January of this year, my daughter started complaining that her throat was extremely itchy. I told her that she was probably just getting sick, but she kept saying, “No, it itches really bad.” She kept complaining that it was getting worse and then started to complain that she was having a little trouble breathing. She said it was not bad, but she knew something was not right.

I realized that my daughter was probably having a reaction to something. I had some benadryl, so I gave her the correct dose for her age, and hoped it would help. I watched her very closely and within 15 minutes she said it was getting better and within 30 minutes she said she felt fine.

I tried not to make a big deal about it, and I hoped for the best, telling her it was probably no big deal. However, deep down I knew it was not a good sign. I took note of what she had eaten so far that day, and then hoped that this was a one time thing. It wasn’t.

Several days later, she again came to me and told me her throat was extremely itchy and she was having difficulty breathing. This time I was glad my husband was home, because her reaction was more severe. We ended up having to give her two doses of benadryl to stop the reaction.

We then realized that this was serious. We wrote down what she had eaten that day, and realized that both times she had a reaction, she had eaten some form of nut. So, at this point, we took her off of all nuts and peanuts, until we could see an allergist.

The allergist agreed that it sounded like some sort of nut allergy. Because of the severity of nut allergies she wanted to start with blood testing.

The blood testing only showed a sesame allergy, which surprised us. First of all, we had not even thought about a sesame allergy. Secondly, we couldn’t think of anything she had eaten either time that contained sesame. We were expecting it to come back a nut allergy.

Since we knew she was reacting to something, and we were pretty sure it was more than sesame, they scheduled skin testing. The skin testing then showed that she had an allergy to all tree nuts, peanuts, and sesame.

After the shock set in to it being an allergy to so many things, we stepped back and realized that we should be thankful it was only an allergy and that it could be a lot worse.

An allergy is something we can control. Yes, we are having to make some major adjustments in the area of diet and what we eat, but it is worth it.

And for  little disclaimer: If my daughter had been in major distress I would have taken her to the emergency room. On her second reaction my husband was home, and he is a dentist. He is trained to deal with situations like this. If we had ever thought my daughter was in any danger, we would have sought help immediately. If you have a nut or peanut allergy or think you are having a reaction to nuts or peanuts,  I suggest you seek medical help immediately.