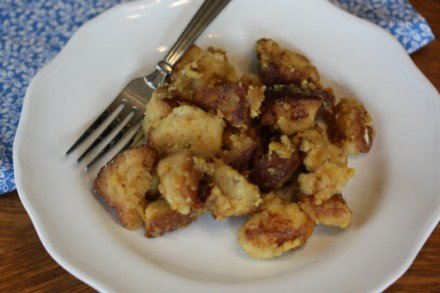 I love Taste Of Home’s recipes and cookbooks. Taste of Home helped me learn how to cook a wide variety of foods and desserts and I have been a loyal follower of their recipes for about 18 years. And yes that dates me and tells you how old I am since I think Taste of Home has only been around 18 yrs or so. 🙂

Today’s recipe is called Scrambled French Toast. It is basically all the flavors of french toast in a scrambled form, which makes it very quick and easy to make.

Now, I will admit this is not the prettiest of meals that I have served, but food is about more than how it looks, it is about how it tastes. Or at least I kept telling myself that when I saw how it looked in the picture……..

book, but when I saw it while going through the cookbook, I knew I had to try it.

Have any of you ever made scrambled french toast or anything like it? 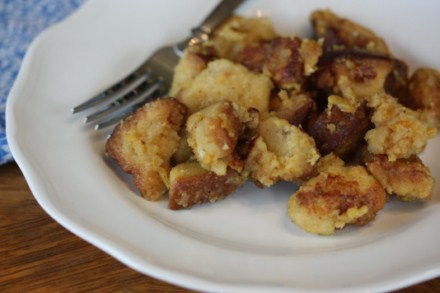