Last Saturday my husband and I went furniture shopping. It was not exactly his top choice for ways to spend a Saturday, but since we remodeled our kitchen we are using our front living room more and we wanted to look for some things for the room.

While we were out shopping we drove by Krispy Kreme and the “hot” sign was on, which means they have hot doughnuts ready and waiting for you to eat. My husband puts up with a lot when it comes to all our food issues and he had just spent the morning shopping with me, so I told him to go ahead and stop for a doughnut.

No he did not ask if he could or if I minded or anything like that. He did not bring up the subject at all. He knows how tough our food challenges are and he does not want us to struggle anymore than we already do. I offered to be nice, but he jumped at my offer and decided to get himself a doughnut.

He decided to get three doughnuts. One for him to eat then and one for him and my son to eat later back at home.

I was being nice and knew I could watch him eat a doughnut, but I was still dreading it. You see I miss doughnuts. Really miss them. They are on the top of the list for things that I miss.

Doughnuts, homemade cinnamon rolls, and flour tortillas are the things I miss most. All three are almost impossible to get the same gluten free.

Udi’s now makes a good gluten free tortilla that I love, so that has helped my craving for flour tortillas.

Cinnamon rolls I have pretty much giving up on. Well, not totally given up on, but given up on them being the same. I have bought some pretty good ones, and I have made some okay ones, but cinnabon cinnamon rolls they are not. 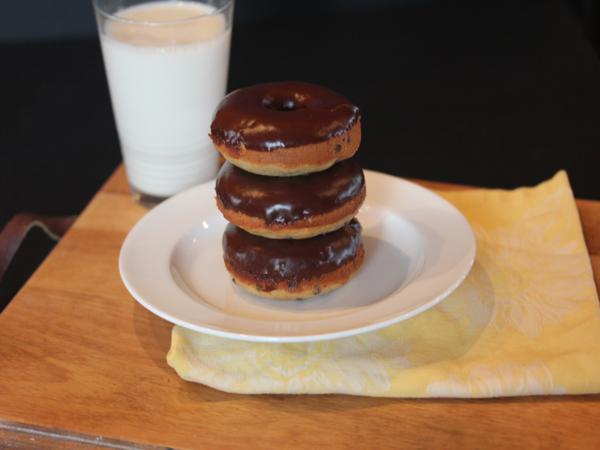 So I was totally dreading having doughnuts in the car. Yes, I knew I could do it, but I knew it would be hard. A strange thing happened though.

My husband brought that doughnuts back to the car and we drove off. When you have a Krispy Kreme doughnut in the car there is no getting around that smell. No closed box can keep it out.

About five minutes later I realized something, the doughnuts did not smell good to me. In fact, they smelled bad to me. In an almost making me sick way.

My husband ate his doughnut on they way back to the car so that I would not have to watch him eat it. The other two doughnuts were in a closed box in the back seat, so no gluten was in the air or anything, but just the smell alone was giving me a sick feeling.

Instead of tempting me and making me crave a doughnut, it did the opposite. It did not smell good to me and I had absolutely no desire for one. I am pretty sure two years ago, I would have totally been wanting that doughnut, now I did not want anything to do with it.

This surprised me. I was excited that I was not craving that doughnut in the back seat, but I had not expected the smell of the doughnut to make feel this way. It was definitely a new thing for me.

This got me thinking and I was curious what others had experienced with this. What does the smell of gluten, or your favorite gluten filled food, do to you? Do you crave it? Miss it? Or want nothing to do with it? If you have been gluten free for a long time has it changed how the smell of gluten effects you?