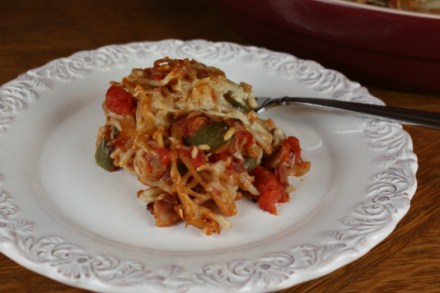 My kids declared this bacon spaghetti one of the best meals that I have made and I have to agree, this spaghetti was really good.

As soon as I saw this recipe in one of my pork cookbooks, I knew I had to try it. We love spaghetti and we love bacon, so I knew combining the two would make a perfect meal.

This is basically a version of a baked spaghetti, but the bacon in it makes it a little different. It also contains very little cheese compared to many baked spaghetti recipes, but the amount of bacon in it, makes up for the lack of cheese.

I think the combination of pasta, sauce, bacon, and cheese is perfect in this.

If you like bacon, you need to try this. Seriously, this is really that good. 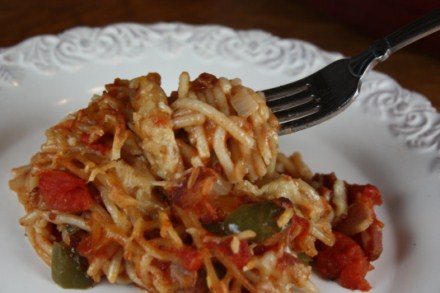 « What Is It Wednesday- Item Six
What Happened To My Gluten Free Muffins? »