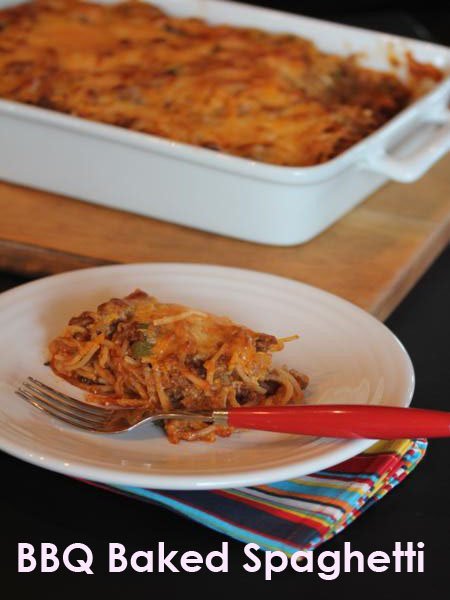 This recipe was inspired by a dish my dad makes. My dad makes a BBQ spaghetti like dish that I hear is delicious. I have actually never had it, but from what I hear it is really good.

When I first heard about it I was not sure what to think. BBQ and pasta just don’t seem like they go together, but the more I heard about it, the more I was intrigued with the flavor combination and knew I needed to try it.

Now, I will say my dad’s version is totally different than mine. He smokes his meat for hours, so it is a real bbq that he uses in his. Mine is more of a fake bbq, but it is quick and easy to make. 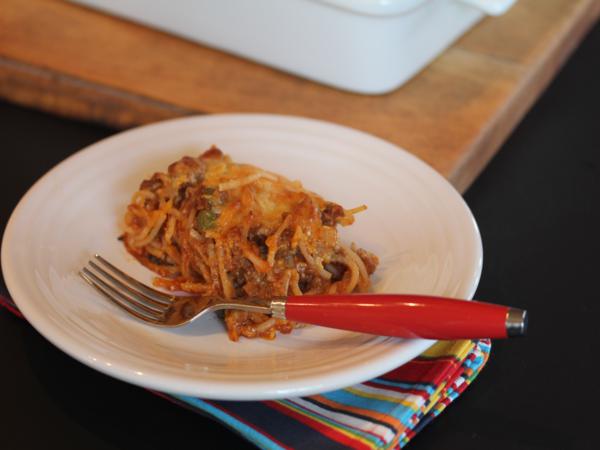 I also changed it up and made it into a baked spaghetti because I love baked spaghetti. Pasta and sauce covered in cheese and baked in the oven until bubbly, how can you go wrong with that?!

My family was a bit skeptical of this at first. They had pretty much the same reaction I did when I heard about my dad’s bbq spaghetti, but once they gave it a try they loved it and told me that I have to make it again. So, this will be on the menu plan again soon. 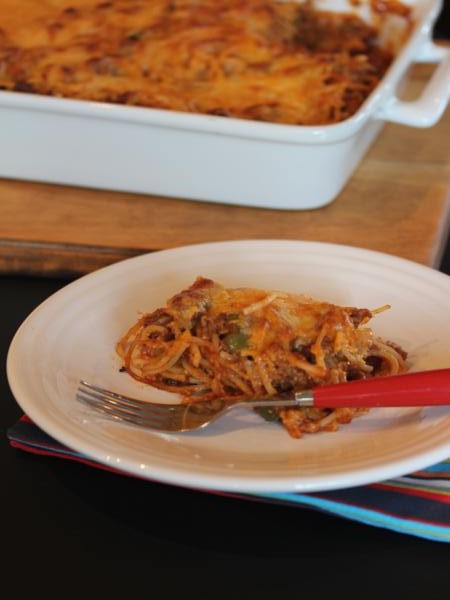