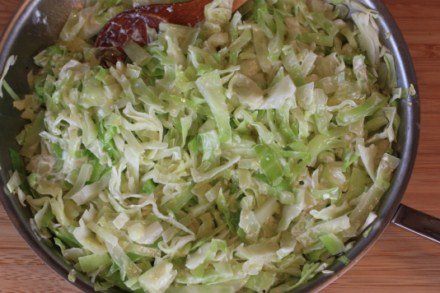 However, for my Cooking Through My Collection Series I really want to experiment and try some things outside my normal recipes. I want to explore my collection and branch out and cook some things I have not fixed before.

So, when I recently had some extra cabbage that needed used up, I went looking through my cookbooks for a new way to serve it.

Two of my favorite types of cookbooks are older cookbooks and regional cookbooks. I love old cookbooks because so many of the recipes are basic and simple. Our grandmothers and great grandmothers knew how to cook. Most of them could make a meal out of the most basic of ingredients and there is so much to learn from them.

And I love regional cookbooks because you can learn so much about food from across the country just by looking through regional cookbooks. Regional cooks know how to cook the best foods from the area because they have worked with the ingredients for years. 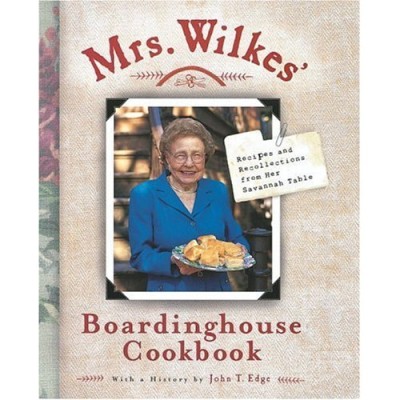 So, it was no surprise when I found a recipe for fried cabbage in a cookbook I have called Mrs. Wilkes’ Boardinghouse Cookbook .

This cookbook combines old recipes and regional food. Although this cookbook is not old, in fact it was published not that long ago, the recipes in this book are for classic old fashioned recipes.

The recipes in this cookbook come from a historic boardinghouse in Savannah. This cookbook contains good old fashioned southern cooking. These are not fancy recipes, they are good home cooked tried and true meals.

So it really was no surprise that this cookbook contained a recipe like fried cabbage. And it did not take me long to realize this was the cabbage recipe I needed to try.

And I will admit the bacon grease made this really good! In fact, I really enjoyed this and I did not think I would since I am not a huge fan of cabbage. My family did find it, well, a little greasy. That is no surprise though since it contains so much bacon grease.

This is a recipe I will definitely make again, but next time I will cut back on the bacon grease by at least some. You need the bacon grease to give it some flavor, but I would like to avoid the greasiness next time.

I would love to hear your thoughts on cabbage. Do you love it, hate it, or are you like me and can usually take it or leave it? 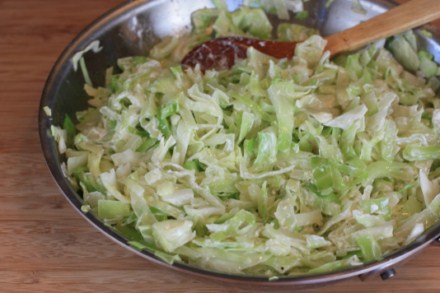