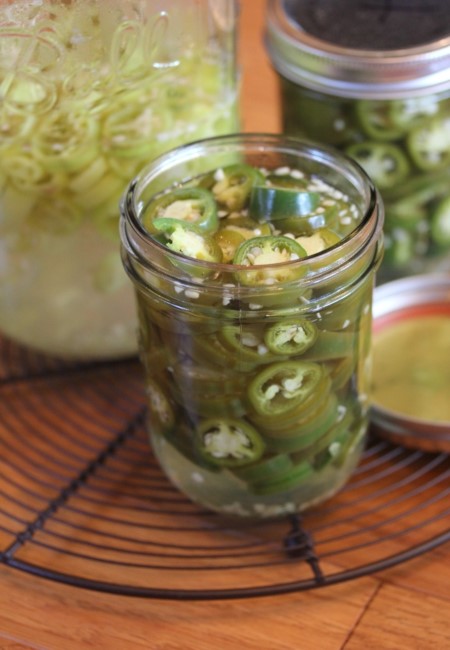 Refrigerator pickled peppers are delicious straight from the jar, used on top of pizza, or served in sandwiches. They also work perfectly with all kinds of Mexican foods like nachos and tacos.

When I got home from vacation a few weeks ago I had a bunch of peppers that needed used up. I did not have a lot of time to deal with them, so I wanted something quick and easy I could use them in.

My family loves the jars of pickled peppers that you can buy, so I started thinking of ways I could do a homemade version. I knew I could can them, but I really didn’t have the time and I have already admitted that canning is not my favorite thing to do, so I really wanted to avoid that if I could. 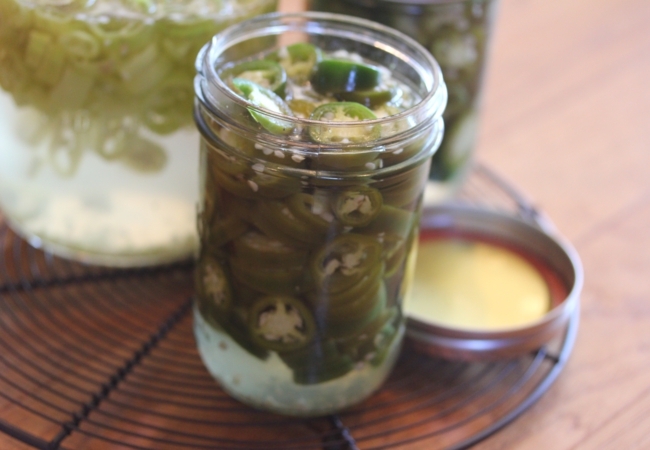 I searched online, and in a few cookbooks on canning that I had, and found several recipes, so I knew it could be done. However, I did not have all the ingredients for the recipes I found. I did have the basic ingredients like vinegar, water, and salt, so I knew I could easily make it work.

So, basically I took ideas from a wide range of recipes and put together my own version of refrigerator pickled peppers.

The first batch I made I used only banana peppers. We loved them. I even loved them and I don’t like really spicy food. So that tells you that they were not that spicy. Which was the exact complaint I got from some in my family. They loved them, but wanted more heat to them.

The next batch I made a few jars with just jalapeno peppers and my husband loved them. The first night I served them with dinner he ate almost half a jar. For the rest of the family they were too hot. Like really too hot.

So the type of pepper will depend on how hot these are going to be. Make them how you like them. If you have peppers in your garden or have a lot of peppers to use up this is a simple and delicious way to use them up. I will be making lots of jars of these over the next few months. 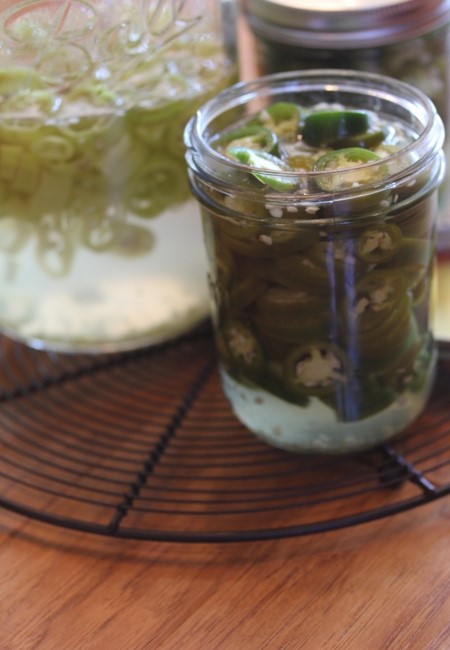