We love these sandwiches.

The first time I made them, but husband said, “Wow this tastes just like it came from a really nice deli. ” And he was curious what exactly I did.

And then we went on to eat the whole batch I made. Yes, you can say we loved this and I loved how easy it was.

Since you cook the majority of this in the crock pot though, I decided to call them crock pot ham sandwiches.

I used a thinly sliced pre packaged small ham I bought, but you could easily use a deli type sliced ham, or I think even leftover ham from a holiday meal. Really, any type of ham should work for this. 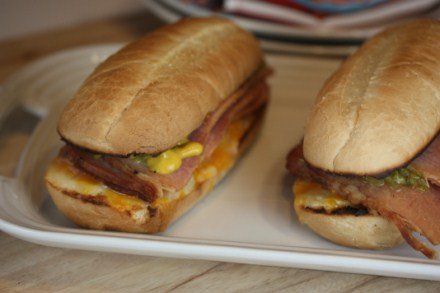 Inspired by an old Taste of Home Recipe