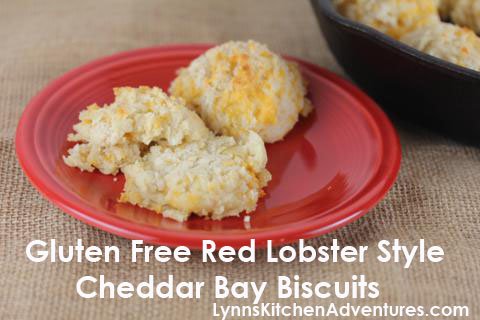 When I posted on Facebook a couple of weeks ago that I had come up with a gluten free version of these, many of you said you wanted the recipe, so today I finally have it for you.

I wanted to be sure I had the recipe right, so I thought I should make them a few times before sharing the recipe with you all. My family really did not mind at all that they had to eat these several times over the last few weeks. In fact, they probably would have been fine with me making them a few more times. 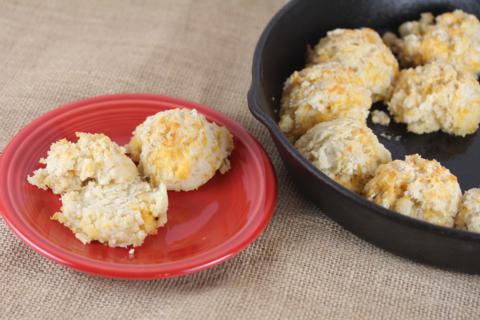 I don’t even want to talk about how many of these I ate the first time I made them. Or the second or the third time I made them for that matter. Seriously these are so good.

Now, I will admit that it has been years, maybe ten years since I had a real Red Lobster Cheddar Bay Biscuit. I have been gluten free for over three years now, so I have not eaten there in the last three years. Before that, well we really did not eat at Red Lobster either. I know I have had them, because I have eaten at Red Lobster, it has just been a really long time.

So, I can’t say if these are exactly like the real thing, but I think they are pretty close. And I can easily say these are really good.

These are best eaten the day you make them. We have reheated them them in the microwave the next day, but they really are not quite as good. Warm from the oven on the other hand they are delicious! 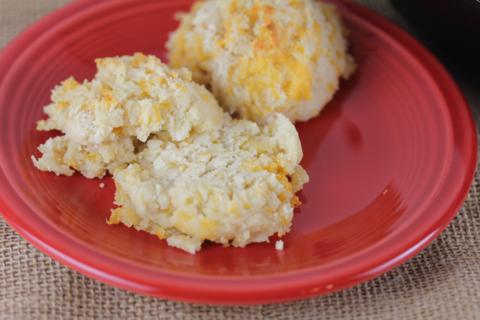