Main Section » About Me » Health and Gluten Free Update 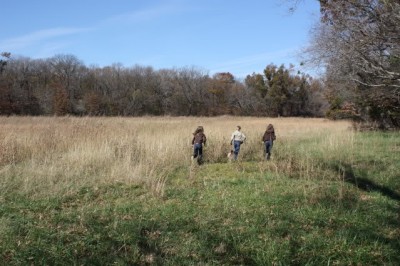 In September, I posted about trying a gluten free diet for a few weeks. I have not said a lot about it since then, so I thought it was finally time to post an update.

I have had digestive and reflux problems since I was a baby. I have literally had problems since I was just a few weeks old. My parents tried everything, including some very strange diets, in order to figure out what was wrong with me. I was a sickly child that was always underweight. I also had and still have, severe asthma and allergies.

Currently I have severe relflux problems, otherwise known as GERD (gastroesophageal reflux disease). Nine years ago, my esophagus was so severely scarred and narrowed from years of refluxing that I had trouble eating. I was actually getting food stuck in my esophagus, and it got so bad I could not even swallow my own spit.

At this point I found a GI Dr. that finally listened to me and understood my need to figure out what was wrong. He stretched my esophagus out so that I was then able to eat. After this procedure I did a lot better, because of the repair the Dr did and the medicine that I was on, but my acid reflux continued. Damage was still being done.

Over the years I have tried various things to help my reflux. I have done no dairy, no refined sugar, no sugar, whole grains, no meat, etc. I tried not eating after dinner, so that I would not reflux at night. Nothing helped.

I have never been your average reflux patient. When you are diagnosed with with reflux problems they give you a list of things to avoid, none of them were things I was doing. I have never been overweight and do not have weight to lose. I have never drank coffee or tea. We do not eat a lot of greasy high fat food. We do not eat out more than a few times a month. Yes, I eat some chocolate and a pop or two a week (though I tried eliminating that also), but not enough to cause the problems or damage that I have had.

About 3 years ago I started refluxing so bad at night that I was refluxing food into my lungs and coughing up visible chunks of rice, beans, etc., in the middle of the night. My reflux was far from under control.

I went through another round of tests, and they could not find anything wrong with my esophagus or stomach that would be causing these issues. At this time, I also had 14 polyps removed from my stomach and told my vocal chords were in very bad condition due to the years of reflux. I went through yet another round of test to see if surgery would help my problem. I was told it would not. I was then put on another medicine for my reflux and told it should help. I continued to get worse.

After researching Celiac disease and the gluten free diet, I decided to give it a try because I was desperate to find something that would help me. My mom had tried no wheat, when I was a child, but never removed all gluten from my diet. So, I thought it was worth trying. After less then two weeks, I was so much better. I can’t even begin to explain how much better I felt. After years of reflux and other intestinal problems, I finally knew what normal was and it was so nice. I was no longer waking up multiple times in the night due to my reflux and coughing up food. Just being able to sleep through the night was worth the change of diet.

My GI Dr. agreed that Celiac and/or gluten issues made sense. He put me back on wheat to run the tests for Celiac. I had blood tests, a scope, and an intestinal biopsy. My blood work was negative for Celiac and so was my biopsy, but during the scope my Dr found damage. My vocal chords are still so damaged that no one knows why I have a voice at all. Medically speaking I should not be able to speak. He also found damage to my small intestines.

If you know anything about gluten issues, intolerance, allergies, Celiac, etc,  you know what difficult things they are to tack down, diagnose and deal with. I don’t want Celiac, and am glad that my test have come back negative.

However, my GI Dr. feels that because of my history and the fact that I have so much damage, that I should keep my diet gluten/wheat free. I agree because I feel so much better with wheat out of my diet.

My doctor may not be able to tell me why a wheat/gluten free diet works, but it does and for now that is all I need to know.

I have now been gluten/wheat free again for almost three weeks, and it is great. I feel like a new person. I seriously do not remember ever feeling this good. I have no desire to eat gluten filled cakes and cookies again. I now know what they do to me, and I have lost all desire to eat like that again.

My Dr. did say to eat what I feel like eating and if it bothers me don’t eat it. So, I am going to try adding back in some things like oatmeal and rice crispies, that contain some gluten, but very little, and see how I react.

So, what does this mean for this site?

Will it change? No, it won’t change. I plan to continue to do what I have always done post recipes, tips, and kitchen ideas that everyone can use.

Plus, since I am not considered a Celiac, I do not have to worry as much about things like cross-contamination. Which is good, since the rest of my family likes wheat and things that contain it. We are still working out exactly how much our eating as a family will change. For now I am fixing gluten free food for dinner, but the rest of my family is eating things like pancakes, bread, etc for the rest of their meals.

Baking gluten free does involve using some specialty flours, so I may start posting occasional recipes that contain those things. If I do that, I will post them on a specific day. That way, if you are interested in that, you can be sure to read that post, but if you do not need gluten free baked goods, than you can skip that post. I think by having a specific day for those recipes it will help you know what to expect. I am still working on what day I will do that on, and honestly I have a long way to go before I have any gluten free baked goods worth posting on. Believe me, I have had more disasters than successes when cooking with the specialty flours.

Overall, I hope nothing will change on my site and that you will continue with me in my adventures in the kitchen. I still have lots of recipes, ideas, kitchen tips, and reviews that I want to post on.

My readers are what makes this site great, and I hope you will continue to join me as I continue to make healthy and wholesome recipes and meals for my family.