Martha’s Chocolate Pudding Cake is an old-fashioned dessert that your family is sure to love!

I first posted about Martha Stewart’s Chocolate Pudding Cake back in July of 2008.

This recipe is a family favorite that has been buried in my site archives for years. I thought it was time to bring it back and feature it for this week’s recipe for my year of Martha Stewart Cooking Challenge. 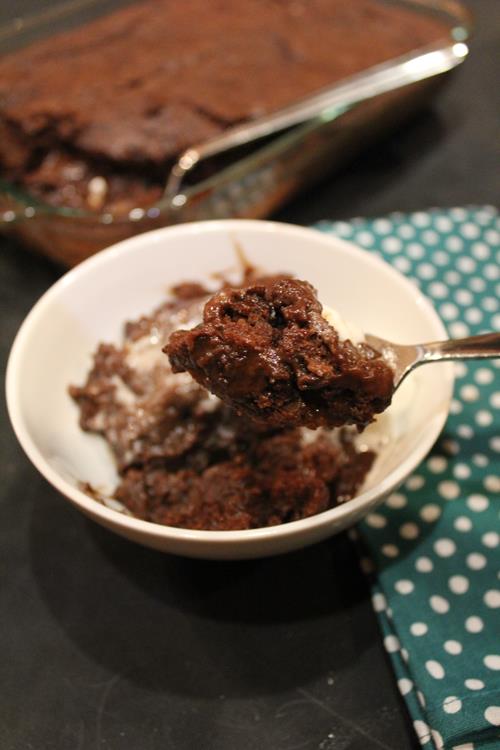 Is chocolate pudding cake and chocolate cobbler the same?

This recipe has many names. No matter what you call it, it is delicious!

I have heard this called chocolate pudding cake, chocolate cobbler, fudge cake, brownie pudding cake, and many other things. They all produce a cake with a pudding layer that is rich and delicious.

Pudding cakes are old-fashioned recipes that have been around for years.

I love this recipe because it makes a dessert that is part cake and part pudding. It is pretty easy to put together and contains ingredients that I usually have in my pantry.

This recipe came from Martha Stewart years ago. I saw it on her TV show, back in the early days of her show. It was probably around 2003 or 2004. I have never seen this recipe in one of her cookbooks or magazine.

I tried Martha’s Chocolate Pudding Cake shortly after I saw her making it on T.V. and I have been making it ever since. 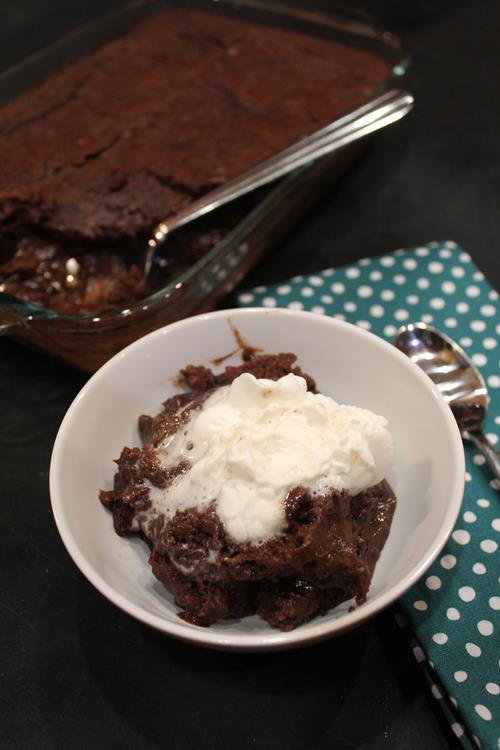 I have used the recipe so much that I laminated it so that nothing would happen to it. I lost it one time and I was so sad. I tore my kitchen, recipe box, and a stack of recipes apart. It was nowhere to be found.

I went to the Martha Stewart website to print off the recipe again. I could not find it on her site either. They no longer have it posted. I was so disappointed.

Thankfully I eventually found the recipe. I had put it in a pile where it did not belong. I didn’t want to lose the recipe again, so I knew I needed to post it here. That way I will never lose it again.

This recipe is easy, but be sure to read this recipe all the way through before you start it. It is easy but it does have a few steps.

Can I make chocolate pudding cake or chocolate cobbler gluten-free?

You can also use a gluten-free blend like Bob’s Red Mill 1 to 1 blend, but I prefer the individual gluten-free flours for this one. 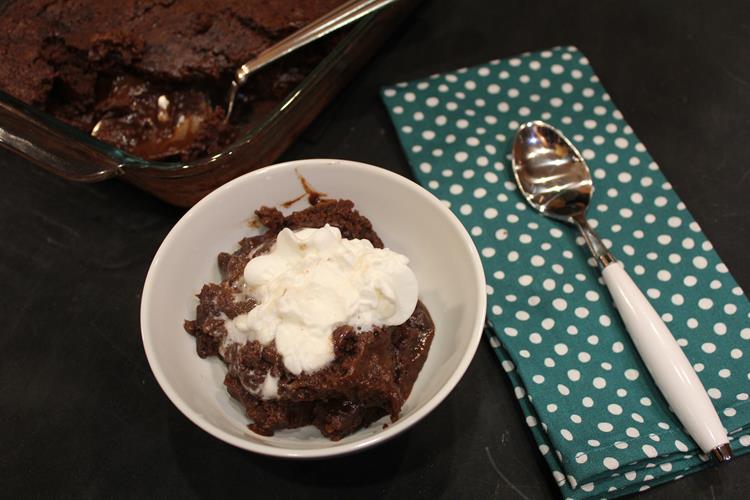 Pudding layer that you pour on top 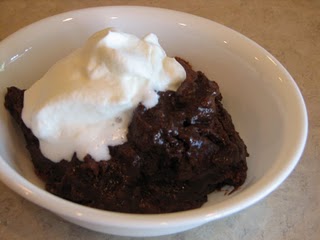