Sheet Pan S’mores might be my new favorite summer dessert. It is all the flavors of s’mores, but without the campfire. 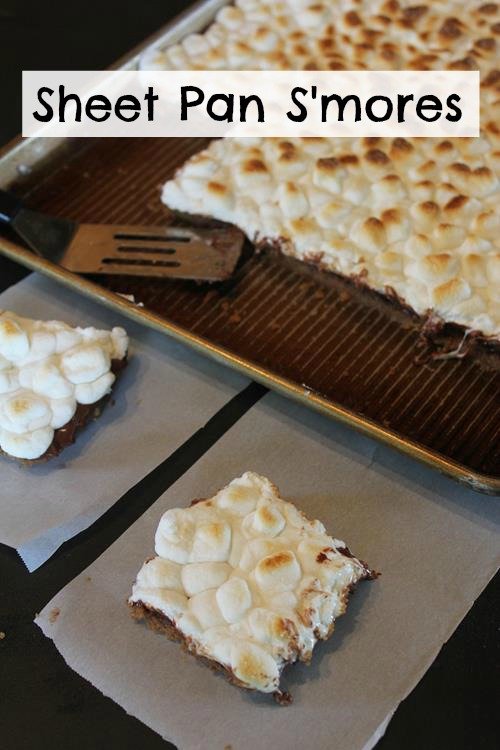 S’mores are the perfect summertime food. When I think of camping food I think s’mores. It isn’t really camping without s’mores is it? Or at least according to most kids it isn’t camping without roasting marshmallows and eating s’mores. 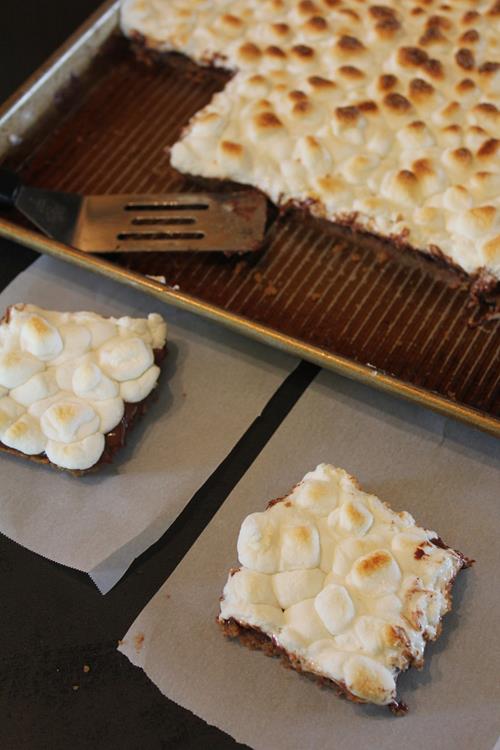 There is something about those four things that kind of ruins camping for me.

Now don’t get me wrong a lot of people in this part of the country go camping. I am just not one of them.

Since I don’t camp, my s’mores are either made when we have a brush pile to burn, we live in the country after all so that does happen occasionally, or over a fire pit during the fall and winter, or in the comfort of my own kitchen.

These sheet pan s’mores fit under the comfort of my kitchen category. 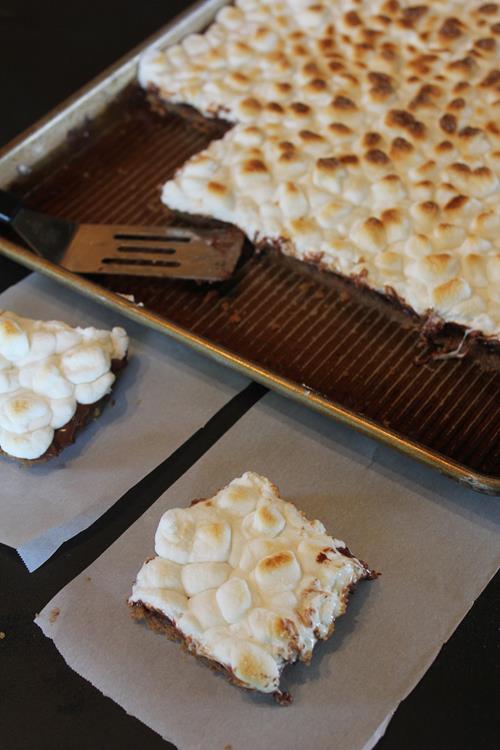 I love these because they are all the flavors of s’mores made in the my kitchen. They are also perfect for serving a large group.

Now I know that some of the fun of s’mores is the whole sitting by a fire toasting the marshmallow experience, but sometimes you might just want s’mores without the campfire. Or sometimes in August when it is triple digit weather, sitting by the fire is the last thing you want to do. 🙂 For those times sheet pan s’mores are perfect!

My favorite tool for making these: 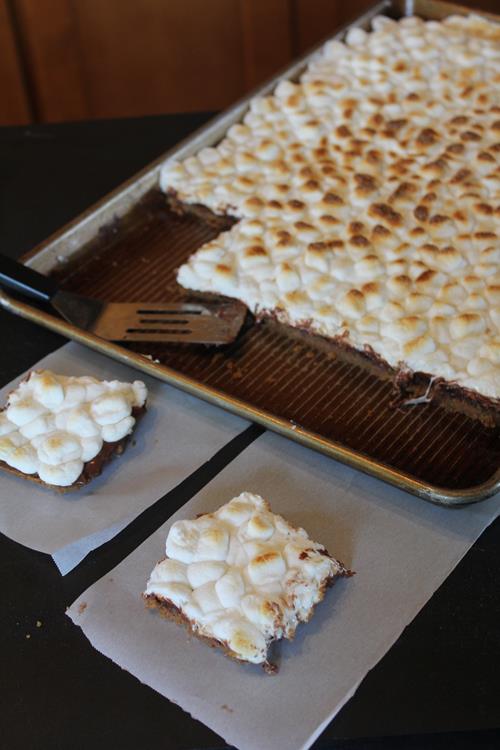