I have been making bread for about fourteen years. I know a lot of you have probably been making it longer than that, but fourteen years is still quite a while. I started making bread, rolls, pizza, and cinnamon rolls when my husband was in college. I started making them because of the cost, it was cheaper. I have continued making them because I think they taste good and I like to bake. I would much rather bake some bread then fix a pan of lasagna. I actually find baking relaxing. So, in fourteen years I have made a fair amount of bread products containing yeast. But I just recently discovered something new about yeast. This yeast 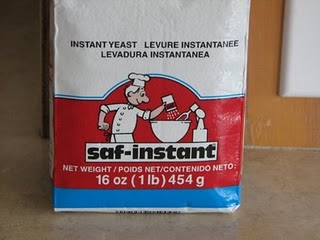 is so much better than this yeast. 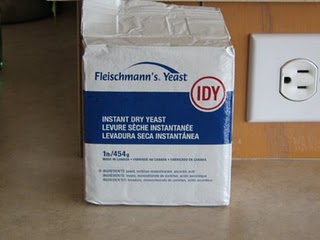 Yes, I know yeast is yeast. No, it is not. I could not believe it either. My sister told me about SAF yeast a few months ago. She had read about it and had found some at a store near her. She said she loved it and it made all the difference in her bread, especially her whole wheat bread. Well, I was not sure. I was not convinced. Plus, I had never noticed it in the stores that I shop at. Then when I was placing an order online for dough enhancer, because I can’t find that in my area either, I noticed that they had SAF yeast. The price was good, actually not much more then I paid for the regular yeast at Sam’s Club.

I ordered some and I am glad I did. I have been using it for a couple of months. I have noticed a big difference, in my breads, rolls, and pizzas. I still have some yeast left from before and the few times I have used it, I could tell the difference. The SAF yeast works better. The items rise better.

Why, I am not exactly sure. I looked around online and there seems to be different reasons or at least different opinions. I think the best explanation goes back to baking being a science, and that certain ingredients give you different results then using other ingredients. How’s that for an explanation? Ok, so chemistry was not my best subject. Healthy Harvest and Urban Homemaker have better explanations. They say that it has more yeast organisms. They also claim SAF is what professional bakers use. All I know is that it works better.

Now, if I can just find a source in my area. When I was in OR last month I brought three packages back with me, so that will last me awhile. I guess if I cannot find it here I will have to stock up when I visit OR.

Has anyone else used SAF yeast? Have you noticed a difference?