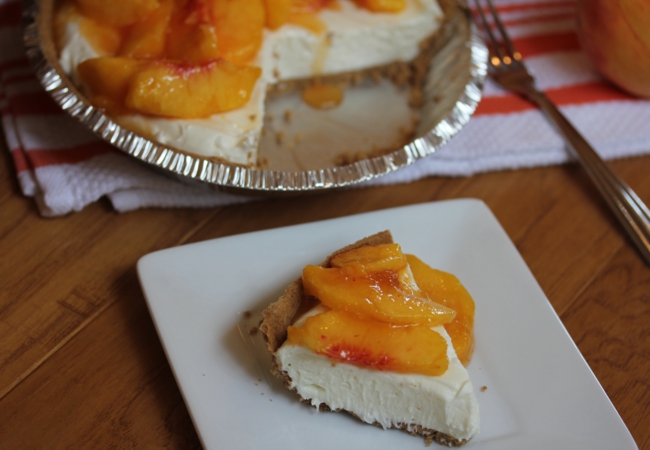 This delicious no bake peach pie has a creamy pie filling topped with peaches in a simple no bake crust. This pie is perfect for summer.

Last week I bought half a bushel of local fresh peaches. Fresh from the orchard peaches are the best. We ate most of the peaches fresh, but I knew that I wanted to use several of the peaches in a dessert.

As I was looking through the August Cooking Light magazine a recipe for no bake peach pie caught my attention. It looked so easy and so good that I knew I had to try it. 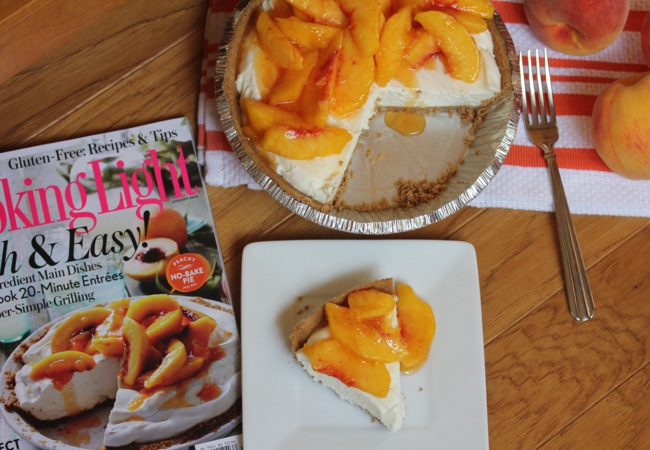 And not only did this peach pie look good, it also tasted good! We loved this. It was light and creamy and the perfect summer dessert. 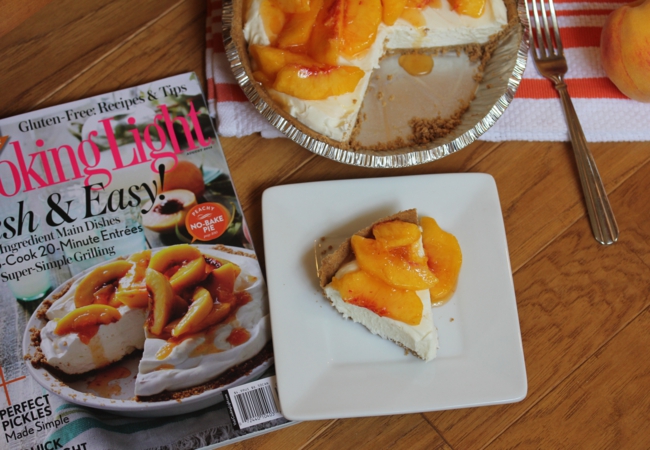 Because some in my family are gluten free I did change up the recipe slightly because I needed the crust to be gluten free. The original recipe was a version of a graham cracker crust, but it added melted white chocolate to the crumb mixture. This sounded like a great idea, but I did not have any gluten free graham crackers. I did however have a pre-made gluten free cookie crust.

I wrote the directions with the white chocolate added to the filling, but feel free to add it to the crust if you would prefer.

The recipe also called for peach schnapps, which I did not have and don’t think I have ever bought, so instead of going out and buying some just for this recipe, I left it out. I am sure the pie would have tasted great with it, but it worked fine without it also.

If you love peaches, this is a must try summer dessert. 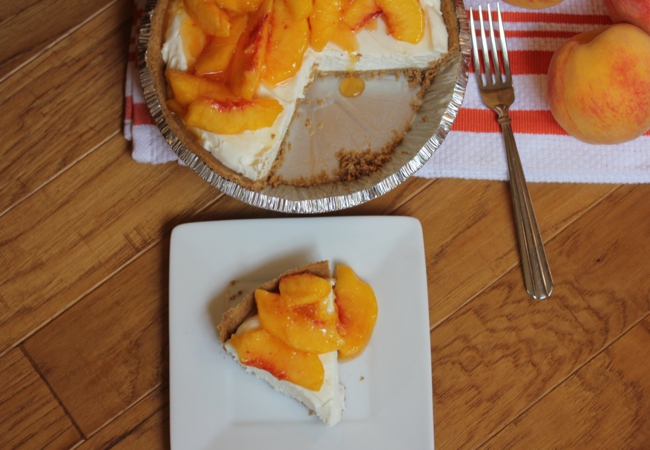