When I was visiting my parents over the summer I spent some time looking through my mom’s cookbooks, recipe box, and my grandmother’s recipe box that my mom has. I love doing this when I visit. Not only do I find recipes I want to make, but it brings back many memories to talk about with my family. So many memories are made around food.

One of the cookbooks I love looking through is one from 1981. It is a cookbook that my 1st grade class put together.

I grew up in a small town with a small school. I guess your definition of small might vary, but by small town I mean less than 2,000 people. And by small school, I mean there were less than 50 kids in the entire grade.

Yes, in the entire 1st grade for the whole town there was less than 50 kids. I think probably closer to 40. And that is about the same number that graduated each year too. Some of you probably graduated from a class bigger than the entire town I grew up in.

But there are so many things to love about a school like that. Everyone knows everyone. And everyone knows the teachers. My 1st Grade teacher was Mrs. Nice. Her name fit her perfectly.

One of the things she did in her class was send home gifts to the parents for things like Christmas and Mother’s Day. For Mother’s Day each year she would have her kids bring in a recipe that they loved or wanted featured in a cookbook.

Then she would put all the recipes together and print them off so that they could be put together into a book. This was back in the day before computers, so it was actually quite a bit of work for her. 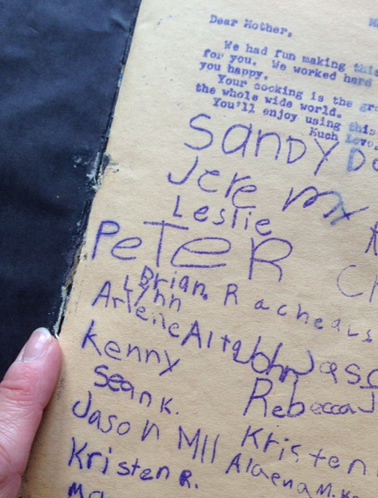 The class then put the pages together, made a nice cover, and we had a cookbook. It was a perfect present to take home for our mothers on Mother’s Day.

My younger sister and I both gave my mom one of these cookbooks. My mom actually used many of the recipes from these books. And I am sure many of the other mother’s did as well. It was kind of like a church cookbook, from all the local moms, but instead of a church group it came from the families of the 1st grade class.

When it comes to recipes many things seem popular and new, but in reality they have been around for years.

Over the last few years I have seen many recipes for buttermilk syrup. It was often talked about it like it was the latest and greatest thing for pancakes. But do you know what I have discovered? That just like fashion comes and goes, so do recipes. 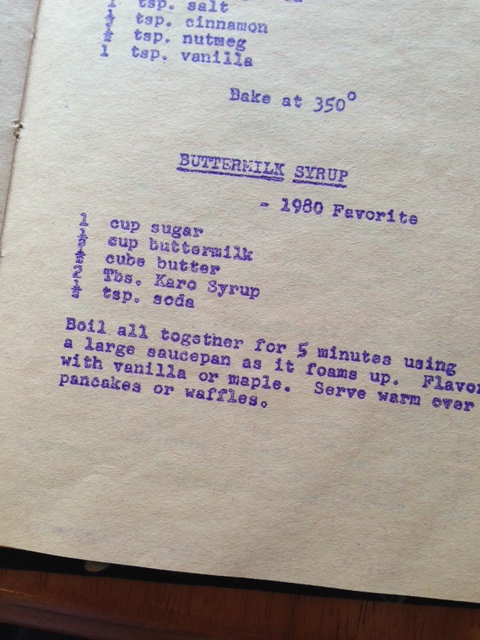 Back to the buttermilk syrup.

I don’t remember my mom ever making this syrup, which is probably why I did not realize that it was a 1980’s favorite, but I guess it was. Which means it is not new. It has been around for years. My guess is that it has been around a lot longer than even 1980.

The 1980’s version that was in the cookbook had corn syrup in it, I do occasionally use corn syrup, but would rather avoid it for breakfast if we can. So, I decided to just leave it out. It turned out fine, but I think the corn syrup would give it a texture a little closer to regular syrup. So feel free to add it if you would like.

Have you every tried buttermilk syrup? 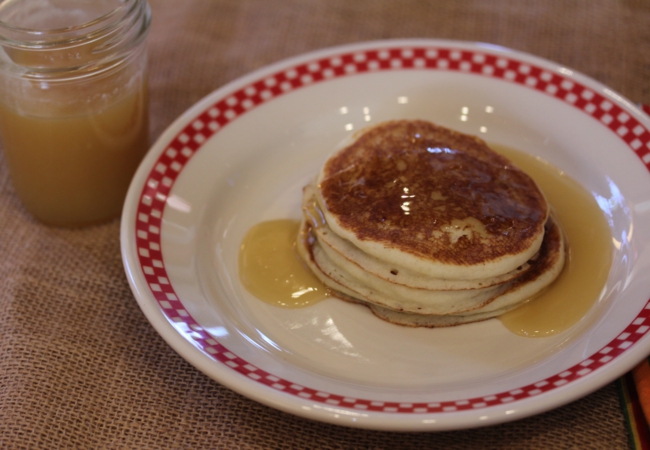