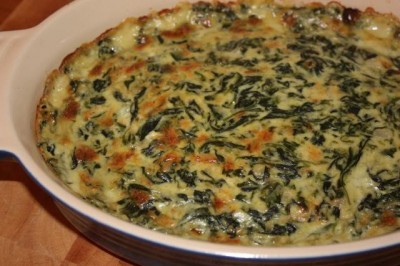 My husband and girls love spinach, my son and I, not so much. I like it in things, but not usually as a side dish. One way I do like spinach though is creamed spinach. I mean who doesn’t like it when you add so much unhealthy stuff to it that you can’t taste the spinach.

This is also a good way to get kids to try spinach. Many kids don’t even like the idea of spinach, but they would probably be willing to give this a try and once they try it, they may actually decide they like spinach. 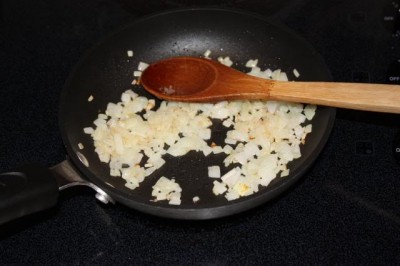 Cook onion in oil until tender and set aside. 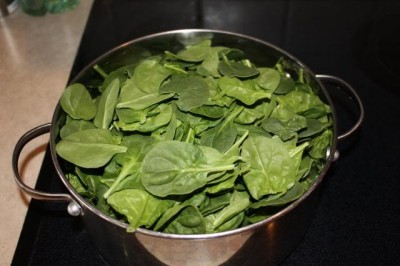 Place spinach in a large pot with 1/2 cup of water. 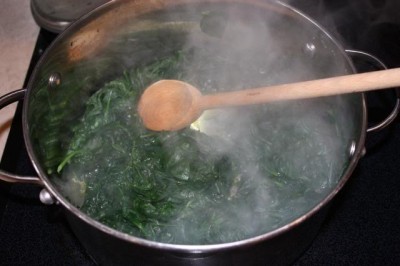 Cover and cook on med high for about 7 minutes or until wilted and cooked, stirring once or twice while it is cooking. 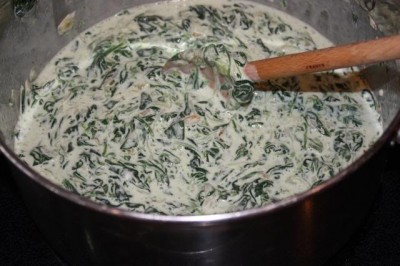 Once cooked, drain. Add cream cheese, 1/2 and 1/2, and salt. Stir until well mixed and cream cheese has melted. Stir in mozzarella cheese. 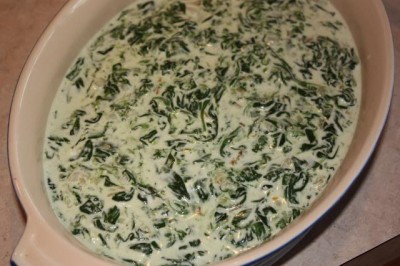 Bake uncovered at 350 for 25 minutes. Serve and enjoy!