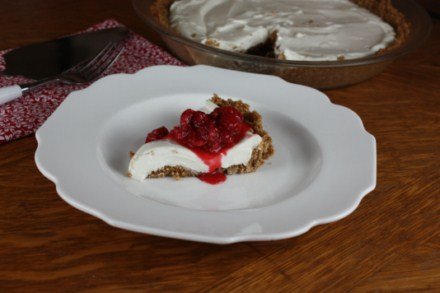 I debated about which site to post this granola crust on. It is really good whether or not you are gluten free, but it is a perfect option for those that have to eat gluten free. It does contain oats which I know that some gluten free people cannot have, but many people can tolerate them.

I decided though that this crust really was a perfect crust for those that are gluten free and can tolerate oats, so I decided to post it here in my allergy section. It is a crust that can be used in so many ways and is one that many people would not think twice about being gluten free.

I made this crust recently for a yogurt pie, but this crust would work well for just about any no bake pie or any pie that you would use a graham cracker crust for.